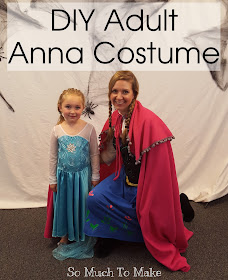 My youngest, baby, only 5-year-old daughter asked me to be Anna.  That was pretty much all it took.  I had to seize this moment! Who knows if she'll ever ask me to dress up alongside her for Halloween again?!!

I made my costume in a day. This included going to Wal-Mart to buy all the supplies. (Yes, they were ALL from Wal-Mart--so INEXPENSIVE--Yay!).

I already had my white blouse and black boots. If you don't have these in your wardrobe already, borrow or try a thrift store to keep the costume cost down.  I also already had the pom pom trim, but similar can be found here or at most fabric stores.

Here's the breakdown of the supplies and their cost: 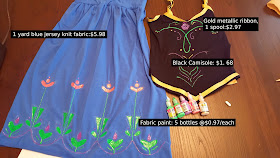 For the Anna Dress: 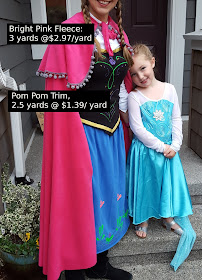 For the Anna Cape:


And that's it! Anna is ready! 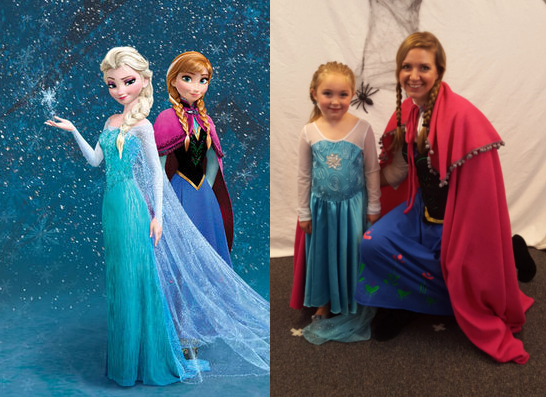 My costume was a HIT at our church Trunk-or-Treat! There were 2 or 3 little Annas there who would stare up at me with gaping mouths when I said hi! :) And my daughter didn't want to leave my side! She said we were sisters and had to go around together! That made this definitely worth a last-minute effort!

Participating in these link-ups.